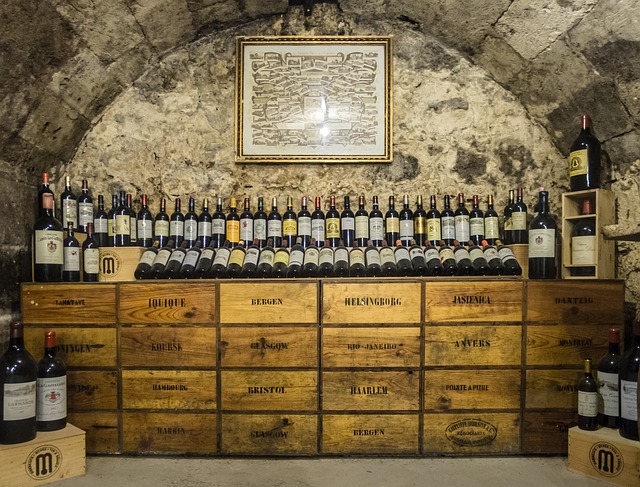 New York State has become a rallying point for the craft beverage industry. This includes Albany’s Capital Region AKA the Capital District where you can find dozens of locations to grab high-quality drinks with friends. With that being said, here is a list of wineries, breweries, and distilleries you can find in the Capital Region.

We’ll begin our journey in Saratoga County. The Saratoga Winery and Tasting Room is just 4 miles from downtown Saratoga. Weekends are especially excellent times to visit due to the live music and wood fired pizza, making the Saratoga winery a great place to visit with friends. With their Adirondack deck, lawn area, sunny patios, and annual events you’d be hard pressed not to pay this location a visit. You’ll enjoy their remarkable local craft beers, spirits, and wines. Their current wine list includes the following:

Melomel is the unique style of winemaking utilized by the brewers of the Saratoga Winery. The all natural wine is made from 12% local honey and 88% grapes. There are no added preservatives or sulfites and is allowed to ferment in Kentucky bourbon barrels for up to three years before being served.

With eight local beers that change on a weekly basis and local spirits that include the signature drinks Devil’s Den Strawberry Jam Moonshine and Devil’s Den Apple Pie Moonshine, the Saratoga Winery and Tasting Room should be one of your stops if you’re looking to experience a unique wine tasting experience in Saratoga County.

Located in Albany, NY, Nine Pin Ciderworks LLC is New York’s first farm craft cider company. The good folks of Nine Pin Ciderworks use farm-fresh ingredients to create their refreshingly crisp hard ciders that come in multiple flavors. Sourcing all of their apples from orchards located in Hudson Valley and the Capital Region, Nine Pin is the epitome of local cider cuisine. Nine Pin Ciderworks has dedicated themselves to crafting unique off-dry ciders and nurturing the orchards that produce the product that they need. Apple varieties are essential to the cider making process. With a careful selection process, the end result is a cider with a crisp, balanced flavor.

If you’re looking to taste this unique cider you can find a tasting room in the warehouse district of Albany. You’ll have a choice of 7 delicious New York hard ciders which you can enjoy with cheese and charcuterie plates (smoked meat for those who don’t speak French). Visit this location to enjoy the seasonal outdoor café and warehouse setting.

Rare Form Brewing Company is a small five barrel brewery dedicated to brewing craft beer and is located in one of the Capital Region’s youngest communities, Troy, NY.  This breweries’ passion is to explore every possible aspect of ale. Rare Form has compared the brewing process to other creative processes and thus views brewing as an art form. With this thought in mind, the brewers at Rare Form have brought together their shared experiences in the various places that they have lived and loved such as the West, Midwest, Northwest, and Northeast. The culmination of their experiences has found their way into the brewing process. Each sip will tell a story.

Only the freshest ingredients are used (local is preferred when available). Rare Form has developed friendships with New York hop growers and maltsters in a relationship that has developed arguably some of the best craft beer in the state of New York.

If you ever have the pleasure of visiting their tap room, you’ll find four main beers:

You’ll also find rotating, seasonal, and experimental craft beers. If you’re in the market for a good craft beer, make sure to keep your eye out for the Rare Form Brewing Company.

While visiting the tasting room, you can enjoy chocolates, various foods, and gourmet cheese (all for a nominal fee). You can also purchase souvenirs and gifts during your visit. The Adirondack Winery has repeatedly been named the top winery in Lake George and has been featured as an attraction on Trip Advisor. It has also been cited as Post Star’s Best of the Region. With accolades like that, it’s no wonder that the Adirondack Winery is so popular. For those of you who can’t make it to the tasting room, you can still taste Adirondack Winery products in liquor stores across the entire state of New York.

Swedish Hill Winery has been recognized as a highly awarded winery for its top of the line red, white, and sparkling wines. Recently opening a new location in Saratoga Springs, Swedish Hill Winery is the only winery to have won three Governor’s Cups (1994, 2008, and 2010). The accolades don’t stop there. Swedish Hill  has also won well over one hundred gold medals for various achievements – 68 medals stemming from a 2014 international wine competition in which Swedish Hill beat the competition with 21 wines. Furthermore, Swedish Hill has been named “Winery of the Year” from well-known competitions. Swedish Hill has been honored at the Riverside International in California and went on to be honored in both 2013 and 2014 at the New York State Fair Commercial Wine Competitions. It was more recently honored at the Winemaker Challenge for the Eastern U.S. Needless to say, the Swedish Hill brand is associated with exceptional wine year after year.

The Swedish Hill tasting room has an elegant design, dominated by paneled wood floors and decorated with wine barrels – the perfect ambient atmosphere to sip wine and nibble on gourmet food items. You can also pick up specialty items during your wine tasting experience. You can find the Swedish Hill Winery open on Monday, Thursday, Friday, and Sunday, so make sure to keep these days in mind if you find yourself in Saratoga Springs during the week.

The Swedish Hill Winery has an almost endless supply of red, white, and sparkling wines. You can view their entire catalog of impressive wines here:

Yankee Distillers is New York’s newest craft distilling company. Having opened their tasting room and distilling facility to the public, visitors now have an opportunity to not only taste Yankee Distiller’s unique whiskey but to also see how it’s made. Located in Clifton Park, Yankee Distillers mission is to become the most sought after American Whiskey distiller in the United States. The state of New York recently allowed farm-based distilleries to open in the past decade (a category in which Yankees sits firmly). Now, with their doors wide open, Yankee Distillers has become an attraction that has brought spirit lovers running from far and wide.

As previously mentioned, Yankee Distillers specializes in Whiskey. However, they also have other spirits available for sale.

Yankee Rye Whiskey – made from wheat, malted wheat, and rye. The unmalted grains also come from New York. With a shot of pepper and a bit of honey, the taste is much akin to spice and cinnamon bonded together by honey.

Colonial White Rum – made from a marriage of domestic and Caribbean molasses. Vanilla and butterscotch flavors dance hand in hand with the earthy taste of sugar cane.

Colonial Amber Rum – made from a mixture of domestic and Caribbean molasses. The flavors include caramel, vanilla, and peppery spice.

Yankee Distiller drinks can be found in over a dozen counties and shows signs of rapid growth.